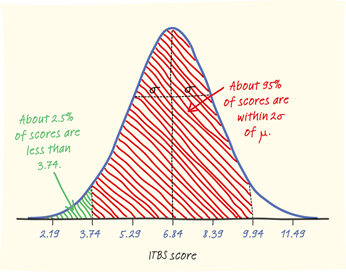 While certainly not a player, Dominic knew the instant he first saw Denali fate was forever his friend. Of all the nursing and liberal arts students attending his Statistics for Non-Believers seminars, Denali stood out; trying so hard to understand concepts her brain simply was not wired to comprehend. Dominic appreciated that Denali never cried during tutoring sessions; he never knew what to do with crying undergrads.

Over time, group sessions gave way to private lessons, and from there it was a natural progression to dinners, movies, and ultimately love. Cornell had a somewhat vague policy regarding faculty dating students and besides, as Dominic rationalized, grad students probably weren’t faculty. Dominic liked to tease Denali whenever she told friends about how they met, “When it comes to Italian charm,” he would state, “resistance is futile.” They married the same weekend Dominic received his master’s degree. The timing was optimal since his family was already in town. While Denali felt their race to the alter was all-together too fast, she couldn’t find a convincing counter argument to Dominic’s assertion that when you know you know and waiting doesn’t make you know any better. To mess with her, he gathered a notebook full of statistical studies showing that the shorter a romance the longer the marriage. Years later he confessed to omitting Mark Twain’s salient observation; “There are lies, damn lies, and statistics.”

Denali accepted their impending move to Seattle with a sense of doom. In her sheltered twenty years, she’d never been west of Erie or north of Syracuse. The prospect of completing her undergrad at a new university while depending entirely on a man she was still getting to know was desperately disconcerting. Dominic, possessed by a consuming eagerness to immerse himself in research, seemed blind to her emotional struggles, but Denali never held that against him, she loved him for his passion, his ability to find reassuring purity in formulas and equations, and for his unassailable conviction he was building toward being a part of something important.

Even with all she accepted and understood, Denali could not escape being overwhelmed with just how utterly hard it was to be a bride, be a PhD student’s wife, and to live in such a dark depressing place. Ironically, it turned her into an optimist. She was seriously tested though, especially three years later when Dominic’s research committee rejected his dissertation. Like an Acme anvil falling on Coyote, it was a devastating blow Dominic was unequipped to deal with. Three years of consuming commitment flushed down the toilet in an instant. All those endless nights neglecting his bride, his life, and all other pursuits, just to reach the point of irreconcilable disappointment. It was the end for Dominic, the utter end. In his manic panic, Denali awoke early one morning to the sounds of him frantically stuffing their possessions into the car announcing without equivocation that they’re moving back to New York – to do what, who the hell knows; teach community college math probably.

Denali, with determined subtlety, convinced Dominic to take a breath and unpack. She then took her encouragement up a few notches by mercilessly telling him to suck up his pride, get his shit together, and re-examine his research until he found his flaw. That was Denali’s gift, keeping Dominic on track with a medicative mixture of tender compassion and drill Sargent authoritarianism. By the time the University of Washington accepted Dominic’s revised dissertation, Denali was pregnant with their second child, finished with her creative arts curriculum, and carefully packing the sedan for their next big move. By the nonstop way Dominic talked up Los Alamos and the national laboratory where he won a coveted Post Doc position, Denali envisioned some sort of undiscovered utopia, and to be fair, for brainiacs Los Alamos probably is Shangri-La. For normal people though, the stark reality is more akin to a social outpost on the dark side of Mars. Denali begged Dominic to move back home rationalizing that a community college professor’s life in upstate New York was far more idyllic. Unfortunately, she retained enough from her statistics semester to know the probability of Dominic moving back to New York was null, he was home and with his people. So, like a true optimist, Denali sought positive take-aways.

To help adjust to life on the dark side of Mars, Dominic converted their garage into a studio where Denali quickly immersed herself in work. She was an unsettled artist, painting until it got boring then sculpting. When that grew uninteresting, she’d tried local art, like blanket weaving and pottery. Discovering that a mere forty-five miles south flourished a vibrant artistic and cultural oasis defying place and purpose sealed the deal. Everything Denali made, no matter the medium, was gallery quality. She became most known for her mixed medium sculptures. In less than a year, she was selling pieces in Santa Fe and being overwhelmed with commissions. By the time the last of their three kids finished high school, Denali was as much in love with the land of enchantment as she was with the awkward tutor who rescued her from the madness of mathematics.

Not a day goes by that Dominic doesn’t relive that morning seven years ago when Denali found out a prominent Manhattan art gallery wanted to feature her sculptures. She spent the entire morning excitedly running around her studio picking the ten best pieces. Dominic did what he could to keep her calm with little effect, but provided value by helping her load the sculptures into her Prius to deliver to the Santa Fe gallery that would coordinate shipping. Dominic wanted to go with her, but there wasn’t any room so they agreed to meet for happy hour in Santa Fe followed by a fancy Mediterranean dinner at her favorite restaurant just off the plaza. Denali spent the afternoon at the gallery assisting with curation. She texted Dominic that she’d be slightly late, which worked out since he’d gotten sucked into a weapons design review that also ran late.

Denali was idly making her way from the Plaza to their happy hour rendezvous along Cerrillos when a drunk’s SUV indiscriminately slammed into the side of her poorly protected Prius with so much energy and momentum it crumpled the driver’s door against the steering wheel pinning her between the center console and collapsed dashboard. She was still conscious when the car caught fire; the official report didn’t mention that, but unfortunately, local media was all too eager to print the gory details with no regard for decorum. The stumbling drunk emerged from his SUV unscathed and watched flames engulf the Prius in baffled confusion before deciding his best option was to flee. The police arrived in time to nab him, but not even the heroics of late arriving firemen could save Denali or ease her final anguish. Dominic chanced upon the scene just as the fire was extinguished. Initially he didn’t recognize the badly damaged sedan because he was busy estimating the probable speed the SUV had to be traveling based on the sedan’s deformation, but then he caught a glimpse of the car’s bumper sticker that satirically read “Visualize Whirled Peas.” Whether Dominic’s collapse onto the pavement was due to shock, sorrow, or having the will to live sucked out of him by the dying fire’s suffocating need for oxygen, matters little.

Cerrillos is the most dangerous road in America, but that’s small conciliation. In fact, the closest Dominic’s gotten to Santa Fe in seven years is Armando’s bar. He’s still trying to come to terms with how she died and how the courts, in a mixture of blatant corruption and arrogant liberalism, let the drunk off with a three-month suspended sentence. The questionable judge sided with defense lawyers who argued the driver was not responsible because he had no intent and lacked mental capacity – because he was drunk. In New Mexico law, recursively illogical arguments pass as profound jurisprudence. Coincidentally, systemic corruption in the judiciary reaches back to Spanish colonial days and carries forward with blatant disregard for discretion. Such corruption is evidenced on a daily basis as courts render joking judgments for family, friends, and in Denali’s case, the politically connected. After years of struggling to accept his fate, Dominic had finally found something of an equilibrium. He never got over that afternoon, but on incrementally small levels, was finding peace. He started practicing Mindfullness Meditation, which was working, that is until five months ago when the drunk who murdered his wife was rearrested for another DUI fatality. That cut Dominic open as quickly as any dagger stabbing at the heart.